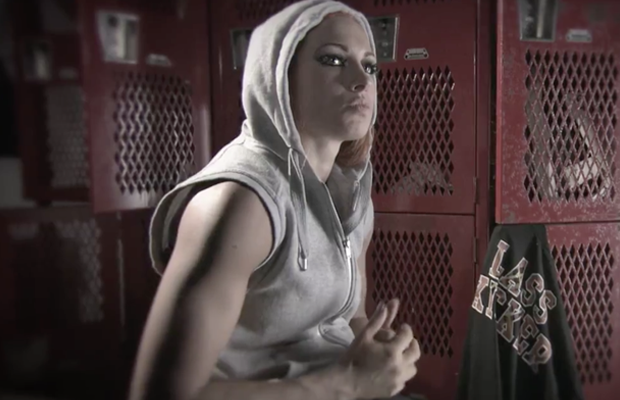 * The WWE has published a video co-sponsored by TapouT that shows off Becky Lynch’s pre-match ritual. (YouTube)

* Bayley and Sasha Banks do battle in Mortal Kombat in a new video for Xavier Woods’s UpUpDownDown channel. (YouTube)

* Sunny has been hospitalized for the past few days, undergoing tests. She says she may need her gallbladder removed. (Wrestling Inc, Twitter)

* Kaitlyn plays Sonic the Hedgehog 3 in a new video for UpUpDownDown. (YouTube)

* Lana recently showed off wedding dresses she’s tried on for her upcoming wedding to Rusev. (Twitter)

* The WWE has posted a video taking fans behind the scenes of this year’s Super Bowl-themed Divas photoshoot. (YouTube)

* The WWE has published a video showing Bayley cheer up an injured Finn Balor at a NXT live event in Indiana. (YouTube)

* According to Tough Enough competitor Tanner, the WWE wanted Amanda to win the competition, but the plan backfired when Sara Lee proved unexpectedly popular with the fans. (Wrestling Inc)

* Natalya wrestled her 800th WWE match on Friday at a live event in Calgary. (Instagram)

* The WWE has published a video of Nikki Bella working out in her neckbrace.(YouTube)

* Natalya has a new action figure up for pre-order soon. (Instagram)

* The WWE has hired a PR firm for Stephanie McMahon as they expand her role as the face of the company. (Wrestling Inc)

* Eva Marie will grace the cover of an upcoming issue of Most magazine. Instagram)

* WWE fans voted Randy Orton’s forced kiss on Stephanie McMahon as the most memorable WWE kiss in history in a Twitter poll for What a Move Wednesday. (Twitter)