The Wrap (February 5th, 2016): News from the Week in Women’s Wrestling 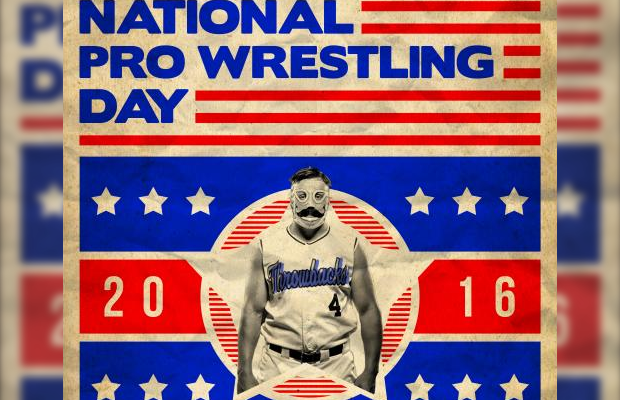 * Ivelisse recently talked to Wrestledelphia about the differences between Lucha Underground, WWE and TNA, her injury and more. (Wrestledelphia)

* Stephanie McMahon recently spoke to the Miami Herald about the WWE’s partnership with the Boys & Girls Club of America. (Miami Herald)

* Mandy Rose and Sara Lee made their NXT in-ring debuts at a live event last weekend. It was observed that both have made notable improvements since they were last seen in the ring on Tough Enough. (Wrestling Inc)

* New TNA Knockout Raquel (former Tough Enough competitor Gabi) wrestled her first match this past weekend at an I Believe in Wrestling event, unsuccessfully challenging Santana Garrett for the Wonder of STARDOM Championship in a match that lasted just over two minutes. (Twitter, CageMatch.net)

* TMZ recently caught up with former Diva Torrie Wilson and asked her if she’d ever do an adult film, like Sunny. (YouTube)

* In a new video, Chyna calls for a “truce” with the WWE. (YouTube)

* Lana will make a cameo in the upcoming WWE Studios release Countdown. (WWE.com)

* Former WWE Diva Dawn Marie took a shot at today’s WWE Divas, unfavorably comparing them to the stars of the past. (Twitter)

* Renee Young has confirmed that Unfiltered will be returning soon. (Twitter)

* Eva Marie recently spoke to Fashion & Style about Total Divas following her return to the ring, her friendship with Mandy Rose and more. (Fashion & Style)

* Sunny will be sentenced on her DUI-related charges March 28th and has been told that she will face mandatory prison time. (TNOnline.com)

* Eden is teasing that she has a new project in the works. (BeingBrandiRunnels.com)