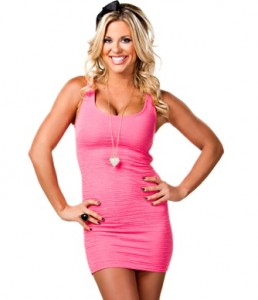 Terrell, also known as Tiffany in WWE, will appear in five episodes of the current third season.

The show follows a New Orleans town named Treme trying to rebuild their lives in the aftermath of Hurricane Katrina.

Terrell is a New Orleanian herself.

Taryn made her debut as Cindy during last night’s episode; she is set to appear in four more episodes over the course of the season.