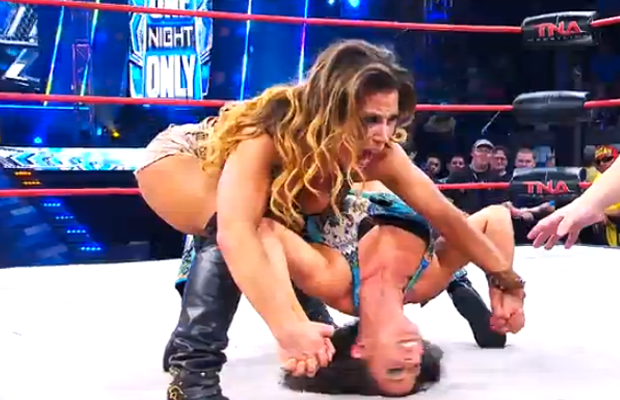 It looks like we’ll finally get to see TNA’s One Night Only: Knockouts Knockdown Pay-Per-View next month.

A promo for the show, posted by UK channel Challenge TV, reveals that fans in the UK will be able to see the Knockouts-only show starting September 11th.

Judging by the release of the previous One Night Only events, we can guess that Knockouts Knockdown will make its US debut the Friday prior, September 6th.

An official US premiere date should be announced soon.

Watch the promo below:

Which match are you most looking forward to?