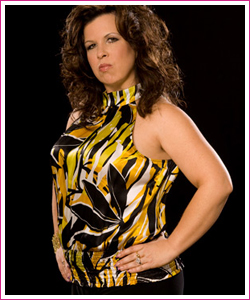 Vickie joined the WWE full time in 2006 after the death of her husband, Eddie. At the time, she was hired as a way of giving her and her two girls an income given Eddie’s sudden death. Over the years, she’s grown into one of the company’s best heels, coining the catcphrase “Excuse me!”

No word on when Vickie will make her final appearance, it may or may not have been tonight on Raw.

Our best wishes to Vickie, she really has become a legend in her own right over the past few years!