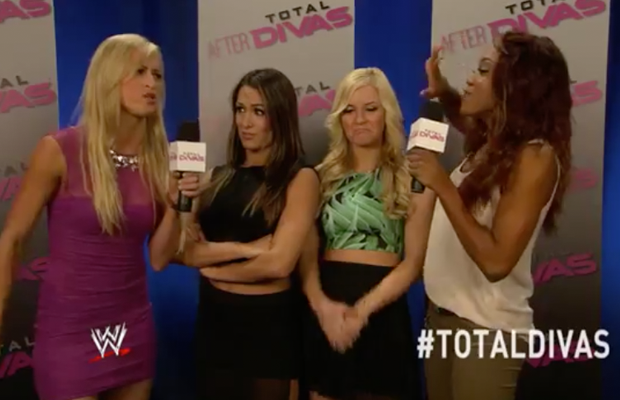 They’re joined by Nikki, who talks about Brie’s wedding and her happy ending with John. For the second week in a row, Summer Rae interrupts the show, but this time is chased off by Renee, who gives her a verbal smackdown.

Lastly, John Cena is crowned the second season’s “Soundbyte King”, an honor accepted by Nikki on his behalf.

Watch the second season finale of After Total Divas below:

Who was your Soundbyte King or Queen for the second season?