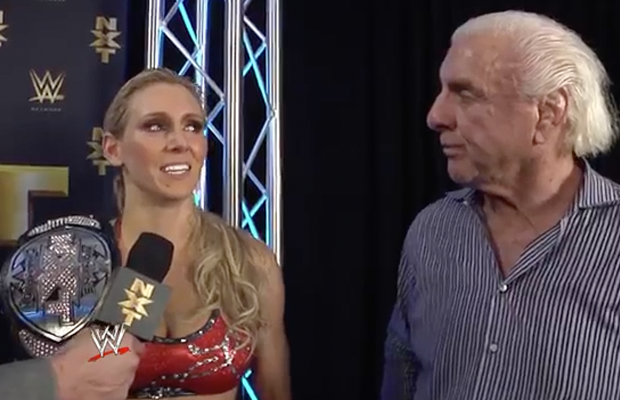 Following her big Women’s Title win at last night’s NXT Takeover, Charlotte and her father Ric Flair spoke about the experience that Ric says puts her on the path of becoming a legend.

Ric goes so far as to call the moment the biggest in his wrestling career. Charlotte referred back to Paige‘s Women’s Title win, saying that she wants to make her proud.

Paige even shows up to congratulate Charlotte, telling her that she “knocked it out of the park” with her victory over Natalya. She says she knows Charlotte will do the title proud.