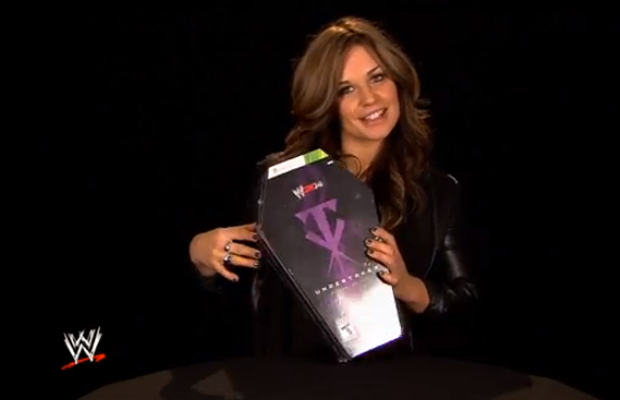 Hyping the release of WWE 2K14 this Tuesday, Kaitlyn is featured in a new WWE.com video unboxing the Phenom Edition of the game, showing fans exactly what they’ll get with it.

Kaitlyn shows off the edition’s coffin-shaped box, a genuine Undertaker autograph and a special DVD containing highlights from the Phenom’s career.