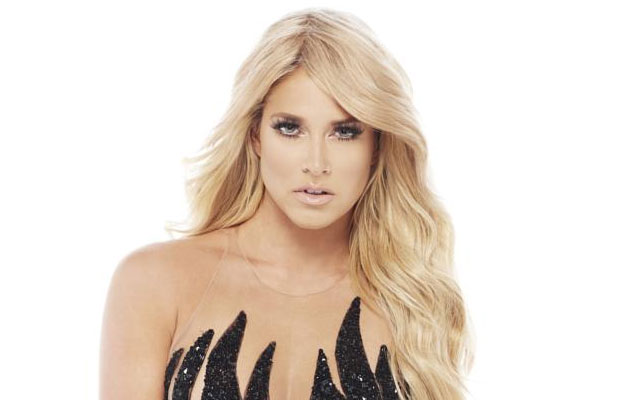 On the current state of the division and her era:

“I loved what they did with us, I am not mad at it. Yeah they’re putting a lot more focus on the women too, but I feel like they’re shying away from the era of what I was – of the models, you know? … I don’t really feel like there’s a fan favorite girl right now, and I don’t feel like there really has been – AJ was a fan [favourite] do you know what I mean? And now, right now I don’t think there’s somebody that the crowd can get behind. I haven’t watched lately so maybe one of them [Sasha Banks, Becky Lynch or Charlotte] the fans are getting behind, I don’t know. I’ve seen them [wrestle] a few times, but it’s been a while… But they’re great wrestlers. It’s different from when I was there, for sure.”

On Vince McMahon teaching her how to dance:

“So, [on my] first day, Vince was like, “okay so this is what you’re gonna do,” and he had this, like, chair set up, and he was like “okay you’re gonna use this chair,” and he kinda showed me like – he kinda like took his jacket off and swung it around and I’m standing there like 19 years old, and I used to watch this man when I was like 12, I loved WWE, and I’m watching him show me how to dance. I’m just, “okay, straight face, okay Vince”. He was good! He was really good!”

On going back to wrestle in WWE:

“I always say “never say never” – I would definitely be open to doing a one time thing, like a SummerSlam or a Mania, you know, something fun. I would wait for them to approach me and I would want to do a crossover with WAGs and Total [Divas], because we’re on the same network and we were airing right after them too so, that would’ve been a perfect crossover, right?”

On the second season of WAGs:

“This season it’s all about my wedding. I don’t get involved in the drama, which you’ll see me be like, “I can’t deal, this is stupid! I got a wedding to plan!” There is some banter, I do get into some bantering, but I try to control myself.”

On the death of former boyfriend and WWE Superstar Test:

“It was like six months after we had [moved on], and I saw him up until the week before… Seven years ago now. He was healthy, he was doing better, he was trying to get healthy again, ‘cos he had had neck surgery and stuff so he’d been through the ringer, you know? It wasn’t easy [having relationships after that] and it was such a sudden thing that happened, and when you lose someone like that it never goes away. It’s hard.”

On the last thing Test said to her:

“It was just probably, I think, ‘cos I went there, I was getting my mail or something, and I think it was something like, we were talking about future and I was like, you know, we’ll see what happens down the line and we were like “I’ll always love you,” “I’ll always love you.” And that was probably it.

On finding out about Test’s passing:

“The police called me before they called his family. I guess they found a Blockbuster card in his wallet with my name and number, so they called me and I was actually at a show. They couldn’t really tell me because they had to speak to his parents first, so they were like “we can’t tell you much but we have Andrew here” and immediately I just knew, and I was backstage and I just had a match, so of course he was good friends with Christian and all them and they came to me and I was like the one to tell. Everyone liked him and he had so many friends, he was such a nice guy. At 22 years old, it’s not easy. It’s not easy to go through that, but, you know. He was such an amazing man and he lived such a great life, and, you know, he’s in a better place.”

Barbie also spoke about how she appears on Hollywood Medium with Tyler Henry, as we’ll see in an episode of WAGs season two. She stated that Henry was a really genuine guy and Test really does “come through” during her encounter.

All videos can be found on The Tomorrow Show’s YouTube channel.

What are your views on Barbie’s opinions on the current WWE women’s division? How do you feel about her story with Test? Let us know your views in the comments below!