What If?: Alicia Fox, Mickie James and Candice

You guys ever wonder what could have been in WWE? Ever think that a few less â€˜future endeavorsâ€™ would have made a difference in todayâ€™s division? Ever think of how things would be without the Diva Search? No? Well, donâ€™t worry cause Iâ€™ve done the thinking for you. Hereâ€™s a couple of circumstances that woulda, coulda or shoulda created an alternate reality in Diva world. 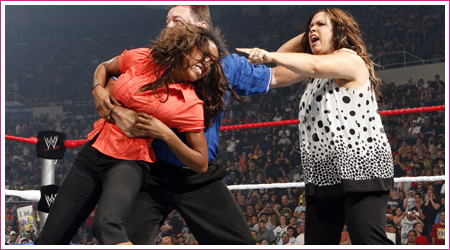 WHAT IF: Alicia Fox had stuck around on SmackDown?
As we all know Alicia Fox was a integral part of a major storyline last year. She was the homewrecking wedding planner in Edge and Vickie Guerrero’s broken marriage. However, after her interference at ‘The Great American Bash’, Alicia disappeared from our TV screens and reappeared on ECW a few months later.

I’m sure if Alicia had stuck with Edge on Smackdown she’d definitely be a much bigger star than she is today. Being matched with a top star would have had her ringside for plenty of main events and high profile matches. Not to mention Vickie would have done her damnest to make Alicia’s life on Smackdown a living hell. Vickie might’ve even ‘hired’ a Diva to take her out. 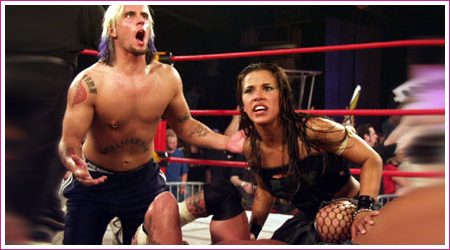 WHAT IF: Mickie James had debuted in her original gimmick?
If you’re as big a Mickie James fan as I am you might know that she originally debuted on Sunday Night Heat in a non-televised match. She was the manager of the current Intercontinental Champion, CM Punk and was sporting a sleazy punk rock gimmick. However management didn’t like the combo and shipped their asses back to OVW.

All I have to say is THANK GOD! That decision was the best thing to ever happen to Mickie’s career. That cheesy gimmick probably would’ve been her downfall. All most we would have seen of Mickie would’ve have been at ringside, and she if ever did get to wrestle I’m sure that WWE wouldn’t have let a lowly valet hold championship gold. Whew! I guess she dodged that bullet as she’s argubly the most popular diva in WWE today and a four- time Women’s Champion to boot. 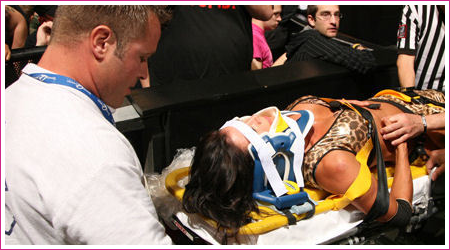 WHAT IF: Candice hadn’t broken her collarbone?
Two years ago CandiceÂ  Michelle was on the top of the world. She was a former women’s champion, the only former Diva Search contestant to hold gold and involved in a high profile program with ‘The Glamazon’ Beth Phoenix. She was WWE’s golden girl. Then she hit a roadblock in the form of a broken clavicle. Her position in WWE has been falling ever.

Had Candice not been injured I think she would probably be the number two face on Raw behind Mickie. While she was never the best at wrestling, she was improving week by week. I’m sure if she kept on that track she could have won the belt at least one more time(as much as I hate to admit it)

Her absence from the ring and lack of training once she was healed resulted in major ring rust and a rebroken collarbone. By the time she rehealed the damage had been done. The fans stopped caring and became enamored with a fresh face in Kelly Kelly. Tough Break, Candice.

That’s it for this week, folks. However, the Reader’s Choice edition of ‘What If?’ will go online later this week, submit your suggestions after the cut: