What is Women’s Wrestling’s Best Finisher? Round 1: Widow’s Peak vs Stratusfaction 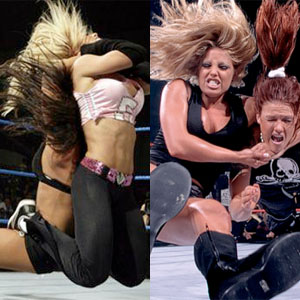 Round 1: We are kicking things off with a match-up of epic proportions; two favorites go head to head in Round 1 as Tara (formerly Victoria) and her Wido’s Peak face Trish Stratus and her Stratusfaction. Both moves have earned their wrestler a many number of championships throughout their respective careers, but which is the better move?