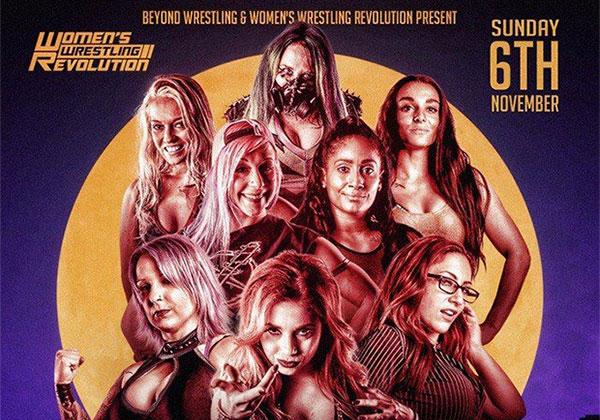 On Sunday, Women’s Wrestling Revolution along with Beyond Wrestling will host “Tournament For Today” event in Providence, RI. The lineup is stacked it might be a great event all around.

The first round matches are as follows:

Later that evening, there will be a Six-Woman Tag Team Match that will feature Solo Darling & Team Sea Stars (Delmi Exo & Ashley Vox) against the team of Mistress Belmont, Davienne, Miranda Vionette .

The First Round will begin at 2pm and the Semi-Finals and Finals matches begin at 6pm at the Aurora in Providence, RI. Stay tuned for results of the event.

For more info, visit the Beyond Wrestling website here.