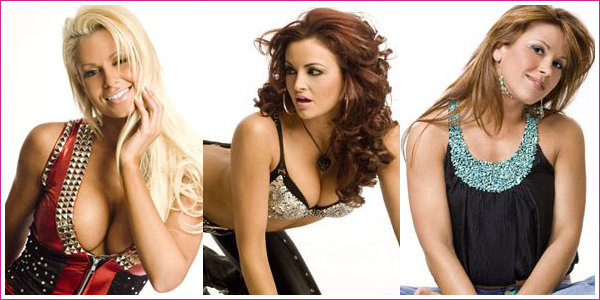 Melina, Maryse: As the Women’s and Divas Champions respectively, these two Divas have earned a part of the biggest pay per view of the year. If any Diva is to wrestle at ‘Mania it should be one or both of these two Divas.

Beth Phoenix: A Diva that has been so integral to the women’s division for the better part of two years, you can’t build up a girl for so long without giving her the big payday.

Michelle McCool: Like Beth, Michelle has been such a huge part of SmackDown over the past year and has worked hard to earn her spot on the roster. As she continues to reach new heights on Friday nights, the All-American Diva has done enough to now deserve the chance to compete at her first ‘Mania.

Kelly Kelly: Here’s a Diva that has been given a consistent spot on Raw over the past year or so, although not part of any major storyline, it wouldn’t be out of the question to see Kelly as part of WrestleMania.

Mickie James: It’s been two years since Mickie’s one and only WrestleMania appaearance. Although she gets some major screen time almost every year, it just never seems to come around ‘Mania time. Like Kelly, although not part of a storyline at the moment, don’t rule out Mickie’s chances.

Most of the roster: Divas like Alicia, the Bella Twins, Eve, Katie Lea, Layla, Natalya and Tiffany don’t seem to have enough momentum behind them to be part of ‘Mania this year.

Jillian: WWE’s resident jobber isn’t likely to get a spot at ‘Mania anyway.

Candice, Maria: Though they’ve had a few bursts throughout the year in terms of matches and storylines, neither really cuts the mustard when it comes to the talent required to be part of WrestleMania. Though Candice has shown signs of life as an in-ring performer despite her trainwreck comeback last year, it isn’t nearly enough to salvage her career in time for a ‘Mania appearance. Maria is just an awful wrestler, while highly popular, last year proved that even WWE realises that it’s a mistake to put Maria in the ‘Mania picture.