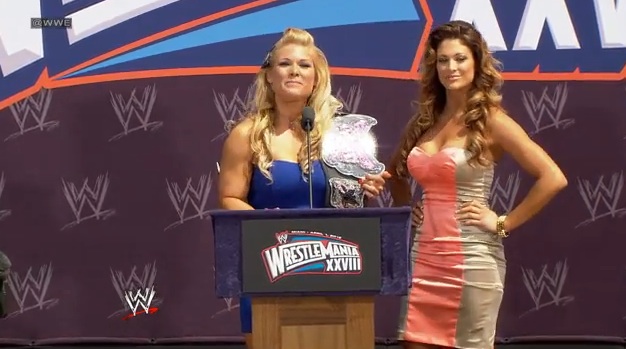 Beth said she had ‘breaking’ scoop about Maria — that she suffered broken ribs while rehearsing for ABC’s Dancing with the Stars.

Beth added that Menounos will have to contend with the “two most dominant Divas in WWE” at ‘Mania, and that after they “wipe the floor” with Kelly, they plan to send Menounos “packing”.

They add that when all is said and done, they’ll have some great footage for Extra, the showbiz news show that Menounos hosts.

Also at the press conference, WWE Diva Rosa Mendes addressed the crowd in Spanish, thanking the WWE Universe in Miami for their support.