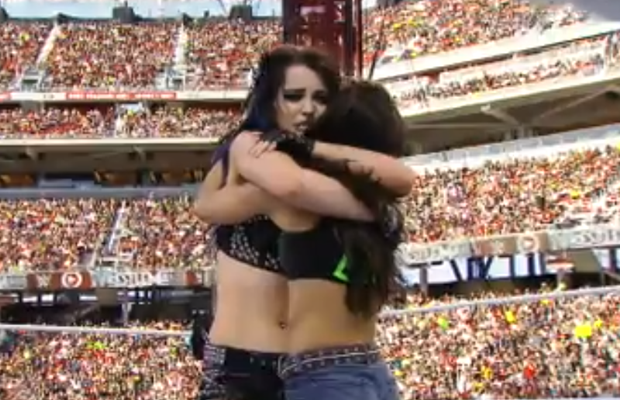 Tonight at WrestleMania 31, “frenemies” AJ Lee and Paige managed to work together to defeat Brie and Nikki Bella.

The match, which saw Paige take a lot of early punishment from the Bellas, took a turn when AJ was tagged in.

AJ took it to Divas Champion Nikki Bella and overcame attempted interference by Brie with some help from Paige, who tossed Brie into the steel steps. This allowed AJ to isolate Nikki and lock in her dreaded Black Widow subimssion hold.

Nikki had no choice but to tap out, awarding to victory to AJ and Paige.