In less than one week, WWE’s Mixed Match Challenge will premiere on Facebook watch!

In preparation for the 12 week tournament, the WWE have revealed the full tournament brackets. The first six rounds will feature a Raw team taking on a SmackDown LIVE team will be carried out as follows: 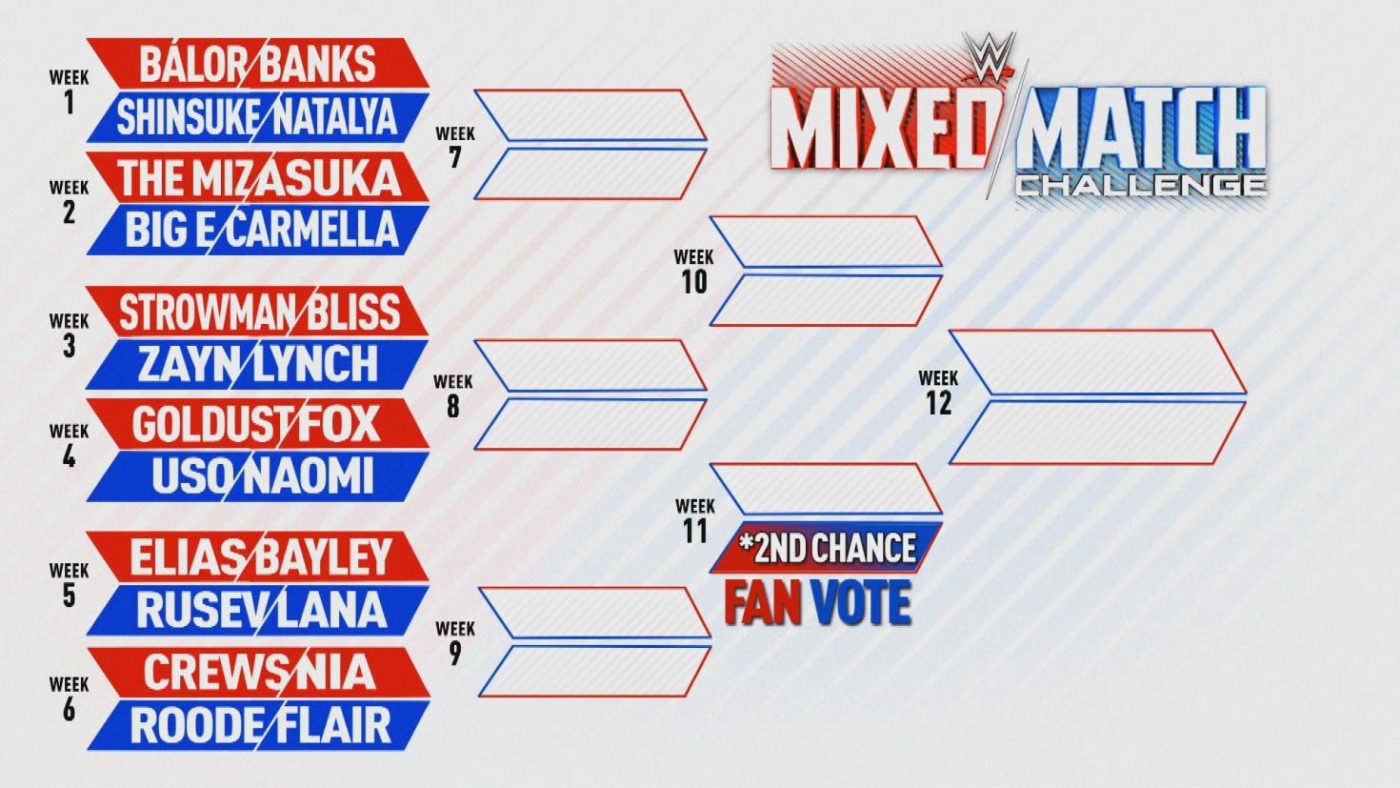 The official bracket also features an extra space in the semifinal rounds which is labeled “2nd Chance Fan Vote” which will fans the ability to give an Eliminated Team a second chance at the tournament.

Are you excited for the MMC? Which matches are you looking forward to? Which team are you rooting? Let us know in the comments below!