WWE Over the Limit Predictions: Beth Phoenix vs Layla 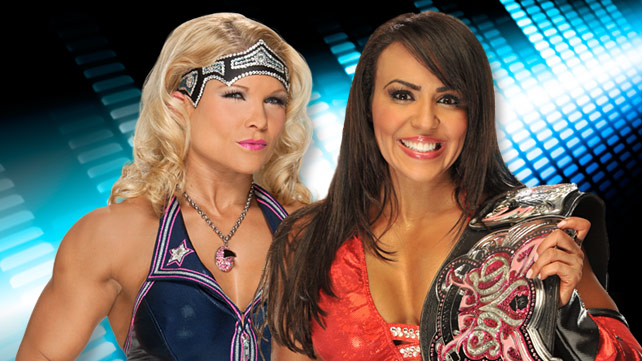 Tonight at Extreme Rules, new Divas Champion Layla faces Beth Phoenix for the butterfly belt. Can the flawless one prove her worth as champion against the Glamazon? The Diva Dirt team weigh in…

Bobby: I’m torn on how I think this will go. On one hand, Layla just won the Divas Championship so seeing her lose this quickly would be kind of weird, especially right back to Beth. On the other hand, with Eve, Aksana, and Rosa Mendes all in non-wrestling capacities, that leaves us with a resounding Beth, Natalya, and Maxine (note: I’m not exactly sure what side AJ is on right now) as the only actively competing heels in the division compared to what seems like a billion faces. Would WWE be willing to push Nattie or Maxine to the forefront? Considering Layla has already beaten both of them since her reign started, I would guess not. I really don’t know where things are going, but I’m going to guess Layla retains the title, even if to just drop it back to Beth next month because I feel like this feud will continue since WWE doesn’t seem to want to go in a Natalya or Maxine route.

Cryssi: I think it’s pretty obvious that Layla will retain tonight. It wouldn’t make much sense to have her return a couple of weeks ago, win the championship, and then just drop it. That said, I truly hope something happens tonight that gets Layla over as a solo champion. She’s not been well received by the live crowd so far, but I think it’s a combination of her theme music, which is still synonymous with Michelle McCool, and the lack of effort by creative. They took the right step by letting Layla attack Beth on Raw. It was brief, but it showed a spark of something, and I liked that. Tonight’s match should be a good one.

Erin: Layla’s just getting going in this title reign, but it wouldn’t be the first time there was a quick title switch. Still, I think there’s more for the WWE to do with Layla as a champ (Kharma returning as a heel?) rather than having Beth hold the title again so soon after her long reign. I’m hoping there’s more in store with Layla at the forefront, and for that to happen she’ll have to be champ, unless she starts some back-and-forth feud with Beth. I’ll just go with my gut and say Layla wins and retains the title.

Katelyn: Layla. It’s too soon for her to drop the title and I’m not overly interested in another Beth Phoenix title reign just yet.

Melanie: This should be a good match, but the build-up hasn’t exactly set my world alight. The two week build has been ‘eh’ at best. Beth and Layla are capable of doing so much more, especially Layla on the microphone. My worst fear has been realized with WWE making Layla a generic babyface upon her return. Before her injury, Layla was on the microphone almost every week getting her character over, but now she can’t seem to get a promo. Disappointing. That said, I’m looking forward to what Layla and Beth do in the ring. History shows us they have good chemistry. I’m going with Layla for the victory.

Steven: Considering how Beth unceremoniously dropped the title a while back and how much hype has come along with Layla’s return, I think this is a pretty easy match to call. I predict that Layla will leave Over the Limit as champion and move on to a new challenger the following night on Raw.

Who do you think will win at Extreme Rules?