It was nice being a wrestling fan in the late 90’s and early 2000’s. There were the Monday Night Wars!

Now, if you’re a women’s wrestling fan like me you were primarily interested in the storylines involving the girls. WWF (am I allowed to say that or are animal rights activists still going to mad at me?) had Sable, Chyna, Trish, Lita, Stephanie, Luna, Ivory, Tori, Jacqueline and countless other women capturing the attention of the fans and getting people to see that women could hold their own in the ring and be sexy! WCW was going for the same approach…minus the making fans care about the girl’s in-ring ability.

Sure, the girls in WCW weren’t exactly known for their in-ring abilities towards the late 90’s (minus Madusa who was unfortunately stuck wrestling Oklahoma….but we are NOT going there) but they were all characters and each of them had an interesting wardrobe to show off their character. Let’s revisit a few of my favorite WCW Divas…er…Knockouts…er Nitro Girls? I don’t really remember what WCW called their women. 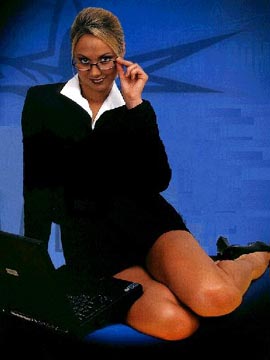 Miss Hancock: Stacy Keibler. Now, it’s a household name. In 1999, not so much. Keibler was brought into WCW as a dancer for the Nitro Girls. After the group fell apart, they gave her the role as the leggy Miss Hancock. Hancock wore basically what’d you expect a librarian to wear in a porno. Black suit with a mini skirt, glasses, heels…okay, it’s a bit tacky but something about it works. I always loved when she would take her hair down and whip it around in the ring. I guarantee, if Stacy never donned this “classy” outfit she would not be the star she is today. 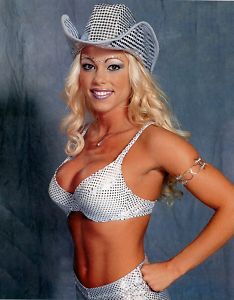 Gorgeous George: I really have no idea how this woman got involved with professional wrestling but I know the guys didn’t hate it. George was one of Macho Man’s threesome of valets (also including Miss Madness and Madusa). George often wore something sequined. A bra, a cowboy hat, boots, panties, you name it! Just give that girl a bedazzler and she’s one happy camper. I wouldn’t go as far as to say what she wore was always exactly fashion. It kind of reminded me of some of Maria’s more “eccentric” outfits towards the end of her WWE run. Regardless, George was a fun character in WCW. 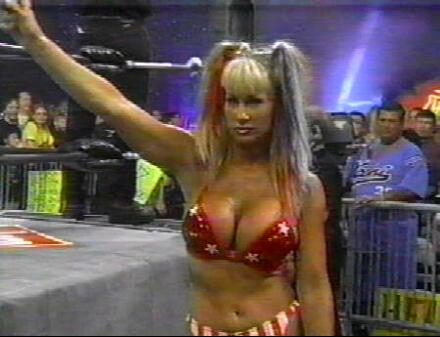 Madusa: Why are all of these women BLOND?! No wonder WCW fell apart. Madusa is one of the best female wrestlers in the history of wrestling. She’s captivated the audience at Wrestlemanias, shocked the world by throwing out the Women’s Championship on Nitro and even held the Cruiserweight Championship. Her WCW attire often featured the American flag somewhere on there. I’m not a huge fan of patriotic themed outfits, but it worked for her gimmick. After all, her name is MADUSA (Made in the USA shortened). Due to her wrestling ability, I will ignore her wardrobe choices. 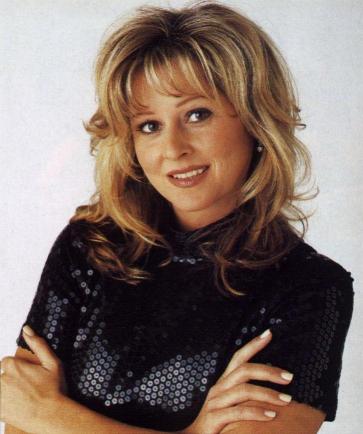 Miss Elizabeth: Liz is one of my all time favorites in wrestling history. Her beautiful dresses in WWF were not only appropriate for that time but they looked absolutely stunning on her. Her look in WCW was a bit different. I did enjoy her little nWo dress but this look…not so much. It kind of reminds me of something your aunt might wear to a New Year’s Eve party. I’m surprised Liz did not show off her gorgeous body a bit more, but hey when there’s a ton of blond big boobed girls everywhere you can’t take the attention of them. Liz, not your best look but you certainly still look gorgeous. 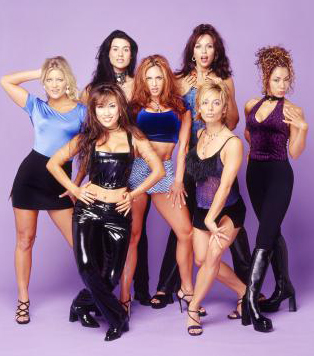 Nitro Girls: How can I write this article without mentioning THE NITRO GIRLS?! Remember them? Sting would take on Lex Luger, followed by some random dance sequence of these ladies in matching outfits doing their thing to this song EVERY TIME.

You’ve got to love the Nitro Girls…and this photo. I thought it was a promo shot for ‘Clueless’. Velour, leather, fringe…90’s fashions at it’s best.

There were plenty of other “fashions” in WCW, but it literally hurt my eyes to look at more of them. What were your favorite outfits in WCW…and least favorites. Share in the comment section below!