Jenna Morasca: “I Am Not a Wrestler!” 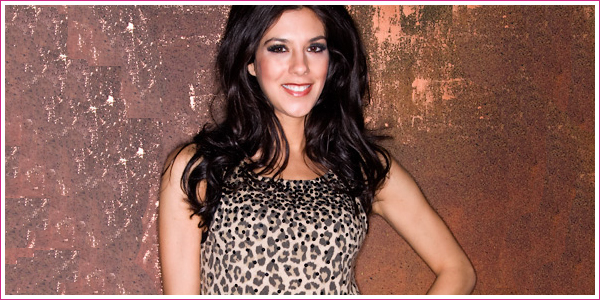 On her MySpace page, Jenna Morasca blogged about her Victory Road experience…or inexperience, for that matter:

Eventually I wanted to blog about my wrestling debut match Sunday.

This past Sunday on Victory Road I had my debut match against Sharmell LIVE! I want to thank everyone who has sent me love and props for the match.  I also know some wrestling lovers were not as excited as I was.  I want to clear up a few things.  First, you cannot judge my match against Sharmell like you would a pro such as Kong, Tara, etc.  The reason why- I am NOT a wrestler! The match was not to debut my wrestling skills it was purely for entertainment, which I think it was.  Considering I have never wrestled in my life and only had a few days to practice everything I am really proud of myself.  So you cannot judge and analyze as you would another wrestler.  Its apples and oranges in my mind.  Second, for it being my first match EVER and first time ever doing wrestling moves I am freaking proud of myself, I had fun, thought it looked good, and no one got hurt.  Last I heard some people crying about wrestling should be reserved for “legit” wrestlers and “legit” matches.  I have to say to that- PILLOW FIGHT MATCH.  I have seen matches where literally all the girls were doing was hitting each other with pillows in lingerie.  At least I was doing a cross body, splash, etc.  Along with some fun campy stuff like my pin and entrance (which I loved).

But I was always told any press is good press and I gues the fact that people are still talking about it, and my entrance is a good thing!

Needless to say I had fun, thought the match looked good, and I am proud of Sharmell and I…

I think it’s fair to assume that absolutely no one went into viewing this match with very high expectations.  That being said, it is obvious that Jenna thinks very highly of her work.  She must.  How could anyone confidently saunter around on national television in leopard print and fishnets, otherwise?  Jenna’s pleas not to be “unfairly judged” reads rather transparent, at least to me.  Especially, when she contradicts herself by disputing criticism against her match and deeming “any press is good press” in the very same breath.  You simply cannot walk into a wrestling ring (or crawl, in Jenna’s case), put on a match, and expect not to be reviewed or criticized in some aspect.  That age-old mantra of “if you can’t stand the heat, get out of the kitchen” comes to mind.

In all fairness, at least Jenna did attempt to pull off some manuevers, albeit horrifically.  However, her comparison to Divas matches of yesteryear also comes across as a feeble attempt to justify her lackluster in-ring debut.  As if that is an acceptable defense.  I’m just wondering just who exactly advised Jenna to use these alleged “pillow fight matches” as an archetype for her Victory Road match.  (Hey, I guess my Maria comparison wasn’t so far-fetched after all…?)  We all know TNA prides itself on being the “real wrestling” alternative to WWE.  So if it’s entertainment she’s after, perhaps she is in the wrong company?  Either that, or TNA has completely lost its marbles.

We appreciate the effort, Jenna, but for the sake of wrestling fans and sympathizers alike, let’s leave the wrestling to the “legit” wrestlers, shall we?  The scars resulting from Victory Road simply cannot be healed.  It may even take a series of Sarita and Alissa Flash matches, not to mention a bottle of bleach, to fully purify my memory.  So, here’s to Jenna Morasca’s first and hopefully last ring appearance.  Hip hip hooray!  As the song says, “she will survive.”