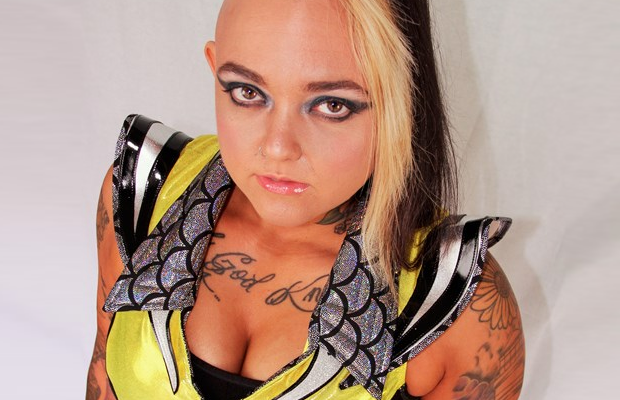 Welcome back to another edition of the Joshi Roundup! A lot has happened since my last column, this week we have the conclusion of the Stardom FIVE STAR GP and a spotlight on a very special wrestler to me, Hudson Envy! 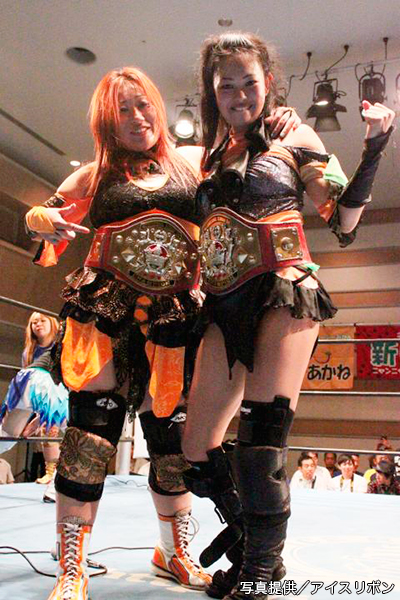 Some quick news items before I get to the Stardom results. Aoi Kizuki (pictured on the right) was injured in her match on September 23rd when her and Haruyama won the International Ribbon Tag Team Championship. Luckily she avoided serious injury, and while she will miss her next few scheduled matches she will be able to defend her new title on October 17th. Kizuki has been one of the biggest surprises of 2015, so I am glad that her run is not being derailed due to a poorly timed injury.
(Source) 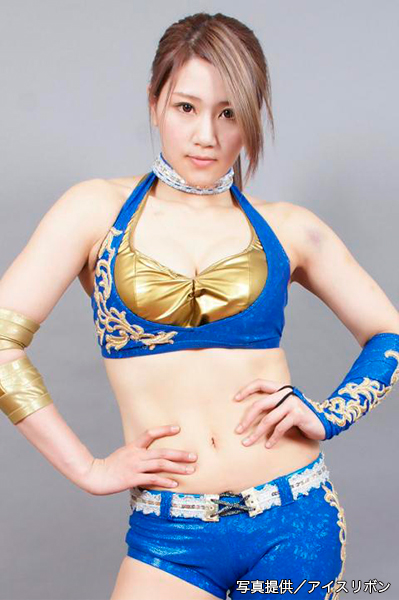 In happier injury-related news, Maya Yukihi is finally set to return after she broke her clavicle in a match against Yuuka on June 3rd. She wrestled Mio Shirai on September 19th as part of Shirai’s retirement tour in a five minute exhibition match in Ice Ribbon and will be returning to a full-time schedule soon. (Source)

And finally, in WAVE a tournament will soon be held to crown new WAVE Tag Team Champions after Mio Shirai and Misaki Ohata were forced to vacate the titles. The DUALSHOCK WAVE2015 tournament begins on October 2nd and runs through to the end of the month. Wrestlers in the tournament include Misaki Ohata, Hikaru Shida, Ayako Hamada, and all the other big stars in Pro Wrestling WAVE.(Source) 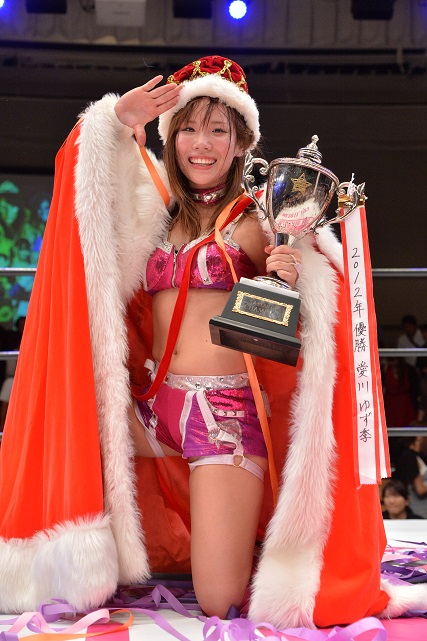 The conclusion to the Stardom STAR GP 2015 took place on September 23rd after a month of hard fought action. Kairi Hojo, the queen of the diving elbow drop, defeated Stardom USA wrestler Hudson Envy in the final to win the crown for the first time. Act Yasukawa also returned for her first match since last February! Here are the full results from the show:

Other promotions had events as well, although it was pretty quiet in terms of championship defenses. Here are JWP results from August 27th:

Stardom has a major show on October 4th, featuring a Wonder of Stardom Championship match between two of my favorite wrestlers in the world. Heare are the main matches:

I wanted to use my little space here on Diva Dirt to talk about a bigger issue than just spotlighting a wrestler. I have been a wrestling fan for over 26 years, and I went to my first live wrestling event back in 1989 when I was only six years old. Since that time I have had moments where I momentarily stopped watching wrestling, or just needed a break. But whenever I got tired of what was on TV I always reached out to find something new, as there is wrestling all over the world and if you still have a passion for the sport, you’ll always be able to find something you like. Every year new wrestlers debut and every year something happens that you’ve never seen before if you look hard enough for it. This relates to Hudson Envy as she is an example of that for me personally. I don’t really watch a lot of American wrestling at the moment so I didn’t know who Hudson Envy was when she first appeared in Stardom, but I was instantly hooked. I’ve seen it all but I’d never seen a wrestler quite like her, as she has the strength to throw her opponent around the ring while maintaining the flexibility and grace to do beautiful suplexes and just about anything else she wants to do. She also has that monster “don’t give a damn” presence that I love but is so hard to find sometimes. 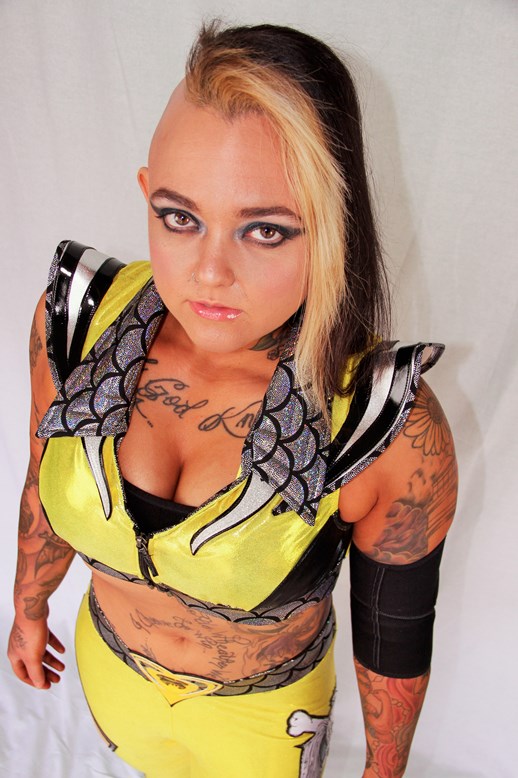 Here is an example of the strength and smooth sides of Envy:

My point in all this is if you’ve reached a point where you think “RAW isn’t entertaining anymore” or “I am bored, where is Lucha Underground?”, dig a little bit deeper and you may find something that really surprises you. Eight months ago I didn’t know that I was missing Hudson Envy, I had no idea who she was, and now I seek out her matches like a hawk. So while obviously I recommend finding and watching Hudson Envy matches, don’t forget that somewhere out there is a great wrestler that you haven’t discovered, you may have to poke around a bit but you’ll find her if you try.

Next week I will be back with more news and I will spotlight a new wrestler as well. If you have any suggestions for the column, let us know! Also if you have any Joshi questions feel free to hit me up on Twitter, I can be found at @purocentral. And one final note as I am running out of words, I have opened a new store where I sell Joshi-related items (all 100% authentic, no copies or fakes) that I purchase directly from Japan. So if you are looking for some Joshi memorabilia, check out purocentralshop.com!