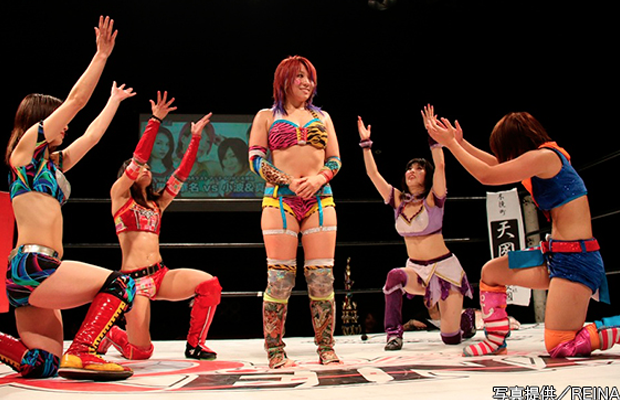 Welcome back to another edition of the Joshi Roundup! Since we are in a holiday this will be a shorter column this week. Let’s get right to the news! 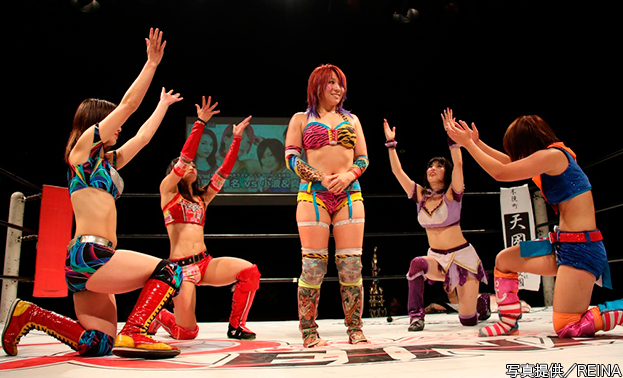 As Kana works her way towards her “hiatus” starting on September 15th, she is making her final rounds in the different promotions she wrestles in. On September 4th she wrestled in REINA for the last time, and relinquished her championship there. Kana and Syuri have been in a long-time feud, but put their differences aside as they teamed in the main event against Konami (Kana’s protege) and Makoto. Afterwards everyone posed and danced as isn’t unusual in Joshi, as Kana gave her final farewell. Kana has one more week of wrestling in Japan, leading to her own event on September 15th. After that… who knows? (Source) 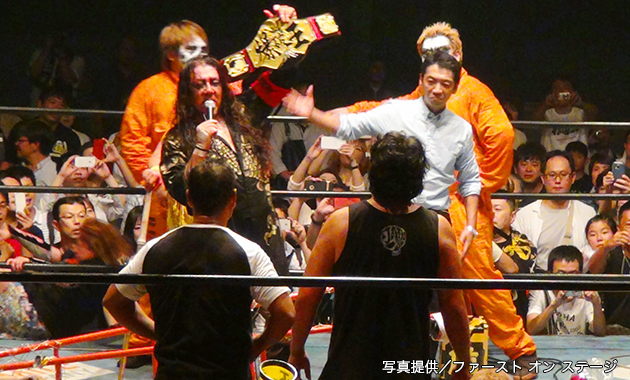 In more explosive news, the legendary Dump Matsumoto teamed with TARU to beat Atsushi Onita and Chigusa Nagayo for the Blast King Tag Team Championship! This is a tag title in a promotion called “Super Fireworks,” where the main events are generally barbed wire explosive death matches. Dump Matsumoto is afraid of nothing of course and withstood the violence to win her first title in many years, and while it doesn’t have the prestige of the AJW Championship she held 30 years ago it is still a noteworthy accomplishment.(Source)

In the last week we have had three more days of results from the Stardom FIVE STAR GP. Unfortunately, Kris Wolf received a concussion in her match against Io Shirai and was forced to miss this week, hopefully she will return to action soon. Here are the results:

For the standings, Queen Maya currently leads the Blue Stars Block by two points, while Io Shirai is first in the Red Stars Block as she is one point ahead of Hudson Envy.

And Stardom returns on September 9th (my birthday!) as well with four matches in the tournament in addition to a Wonder of Stardom Championship match:

I want to take a moment to look at a lesser-known wrestler today, Aoi Kizuki. Even in Joshi circles, Kizuki frequently flies under the radar as she wrestles for Ice Ribbon, which is not a large promotion. Kizuki also was a late bloomer, as even though she debuted back in 2005 she did not win her first singles title until June of this year. Still, she is only 26 years old (they debut young) and she has been tearing it up this year, getting wins over such wrestlers as Tsukushi, Kurumi, and Mio Shirai. Here she is with the ICExInfinity Championship and the Union Pro Fly to Everywhere World Championship: 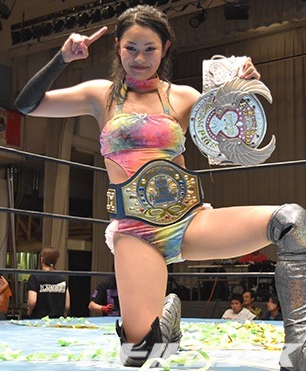 Kizuki appears to be finally hitting her stride, as she currently is at the top of Ice Ribbon and is only getting better. If you get a chance to see a match of hers I’d recommend it, she is a very entertaining wrestler and hopefully will continue to grow over the next several years.

Next week I will be back with more news and I will spotlight a new wrestler as well. I hope everyone enjoys their holiday, and if you have any suggestions for the column, let us know! Also if you have any Joshi questions feel free to hit me up on Twitter, I can be found at @purocentral.