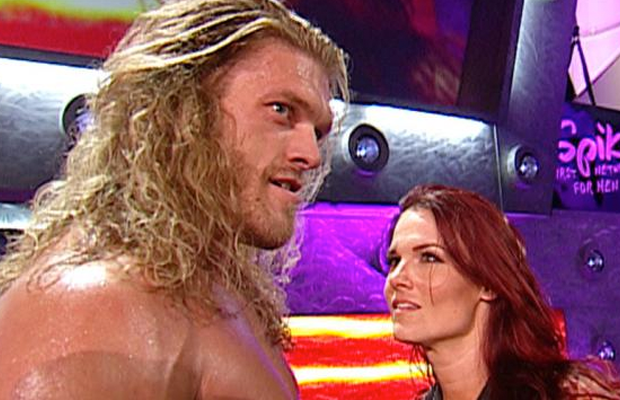 2005 started off as a pretty sucky year for Lita. I know, hard to believe. She had just stolen the show at the end of 2004 in a main event match with Trish Stratus, captured the Women’s Championship and finally went back to wearing cargo pants instead of those awkward length shorts. Lita seemed to have it all until she was injured at New Year’s Revolution. The former Women’s Champion disappeared for a few months until turning up in Christy Hemme’s corner for a WrestleMania match (I told you it was a bad year for her).

Following that….thing…Lita returned to the corner of her “husband” Kane. Rumors were running rampant across the internet that Lita had cheated on her real life boyfriend, Matt Hardy, with Edge. The poor girl was even booed throughout a promo at Madison Square Garden, which Trish Stratus did her best to cover up. Lita was in hell (fire and brimstone in Kane’s corner…I’m clever) and needed a way out.

Hope came for our favorite redhead when she finally embraced the negative chants directed towards her and aligned herself with Edge! During the finals of the “Gold Rush Tournament” where the winner would get a World Heavyweight Championship match, Lita tossed Edge his Money in the Bank briefcase which he nailed Kane with to win the match. Lita then savagely made out with Edge fully confirming her heel status and ending her “marriage” to Kane.