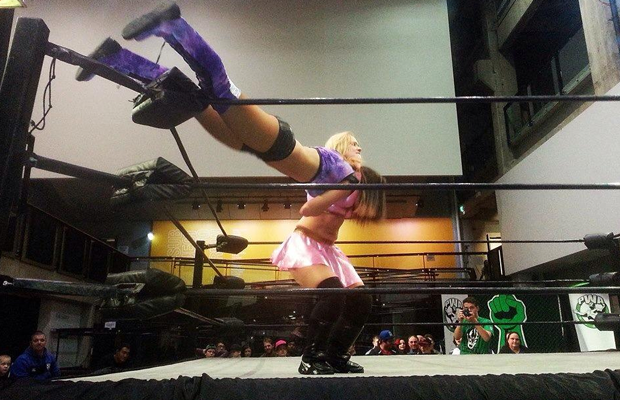 PWWA has a new champion in Shazza McKenzie, who won the title on Friday by defeating rising star Evie.

Shazza won the match with her trademark Shaztastic Stunner, completing a journey that started back in January when she won the number one contendership by defeating Jessie McKay. Jessie, in turn, served as the match’s referee.

Evie has held the title since last August when she beat Madison Eagles to become the undisputed PWWA Champion.