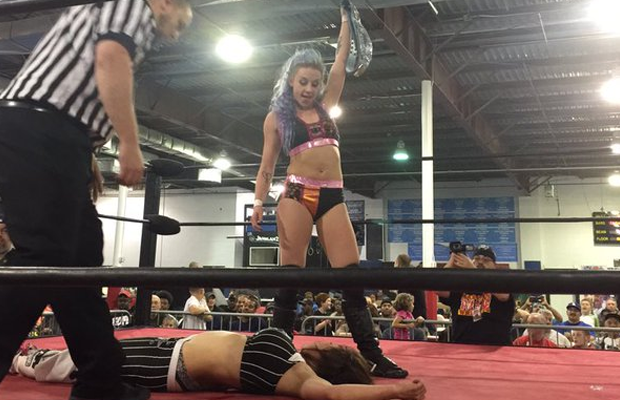 * Rosa Mendes has passed the seven month point of her pregnancy, celebrating this by sharing a photo from a recent photoshoot on Instagram. (Instagram)

* Though Brooke has confirmed her own TNA departure, she is still legally signed to TNA, according to PWInsider. (PWInsider via Wrestling Inc)

* Cameron went on the road with NXT last weekend, picking up wins over Gionna Daddio and Athena. (Instagram 1, Instagram 2)

* Dixie Carter has responded to allegations that an angry email hurt the TNA/Destination America relationship. (PWInsider)

* Charlotte talked to The Sun about the possibility of Ronda Rousey wrestling for the WWE. (The Sun)

* Paige and The Miz’s Christmas movie Santa’s Little Helper was released on DVD and VOD this past Tuesday. (Amazon)

* Lana started training at the WWE Performance Center this week, bringing her that much closer to a WWE return. (Twitter)

* Diva matches from Battleground and Night of Champions are included on WWE’s Best PPV Matches of 2015 DVD. (Wrestling DVD Network)

* Jim Ross has given his thoughts on the controversial Charlotte/Paige angle from Raw. (JRsBarBQ.com)

* Becky Lynch has shot down rumors that she’s taking time off from the WWE. (Twitter)